How would you describe where you are in life right now and how does that affect what you create?

My wife and I just had our first baby, which has been the most incredible experience of my life. And with that comes a season of change, you’re getting used to being a parent, and figuring out all this extra stuff. So design efficiency has been a huge focus lately. I don’t have the luxury of long stretches of uninterrupted time anymore. We have a team of designers so it doesn’t all come down to me, but when I do get an assignment I’m trying to think a lot leaner, be on target with the visuals, and communicate a whole lot more so that a project can keep moving.

Describe how you find inspiration or inspire your team.

I think inspiration begets inspiration. Inspired people inspire people. As a creative, I thrive on these types of interactions with other creatives, artists, entrepreneurs, business professionals, etc. Good conversation is a must. I have to get out and be with people. The other thing about inspiration is that it’s easy to get into a black hole. Overstimulation can be as paralyzing as understimulation. Eventually you have to put the references down and make something.

Describe one thing you wish everyone knew about working in the creative ministry field and why it is important.

The product isn’t the thing you’re doing. The product is the people. Whether it’s a video, or a conference, or a new experience you’re workshopping, the purpose behind it is to reach people for Jesus. A lot of times as creatives, we get caught up in the process and are so close to the thing we’re doing that we forget the reason we started in the first place. When we start to put people first, healthy relationships first, healthy habits first, not only does the work become a lot more enjoyable but the product in turn gets a lot better. 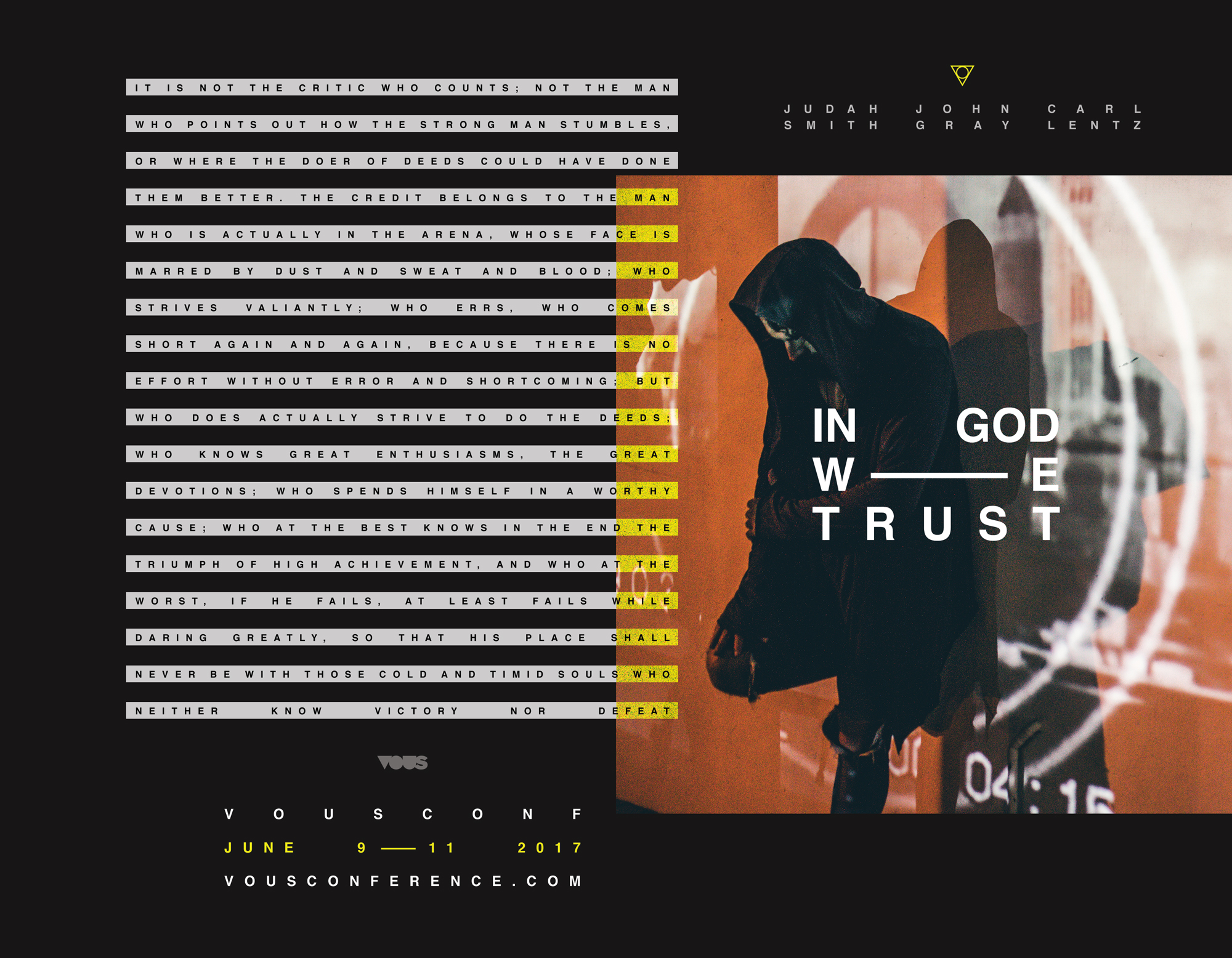 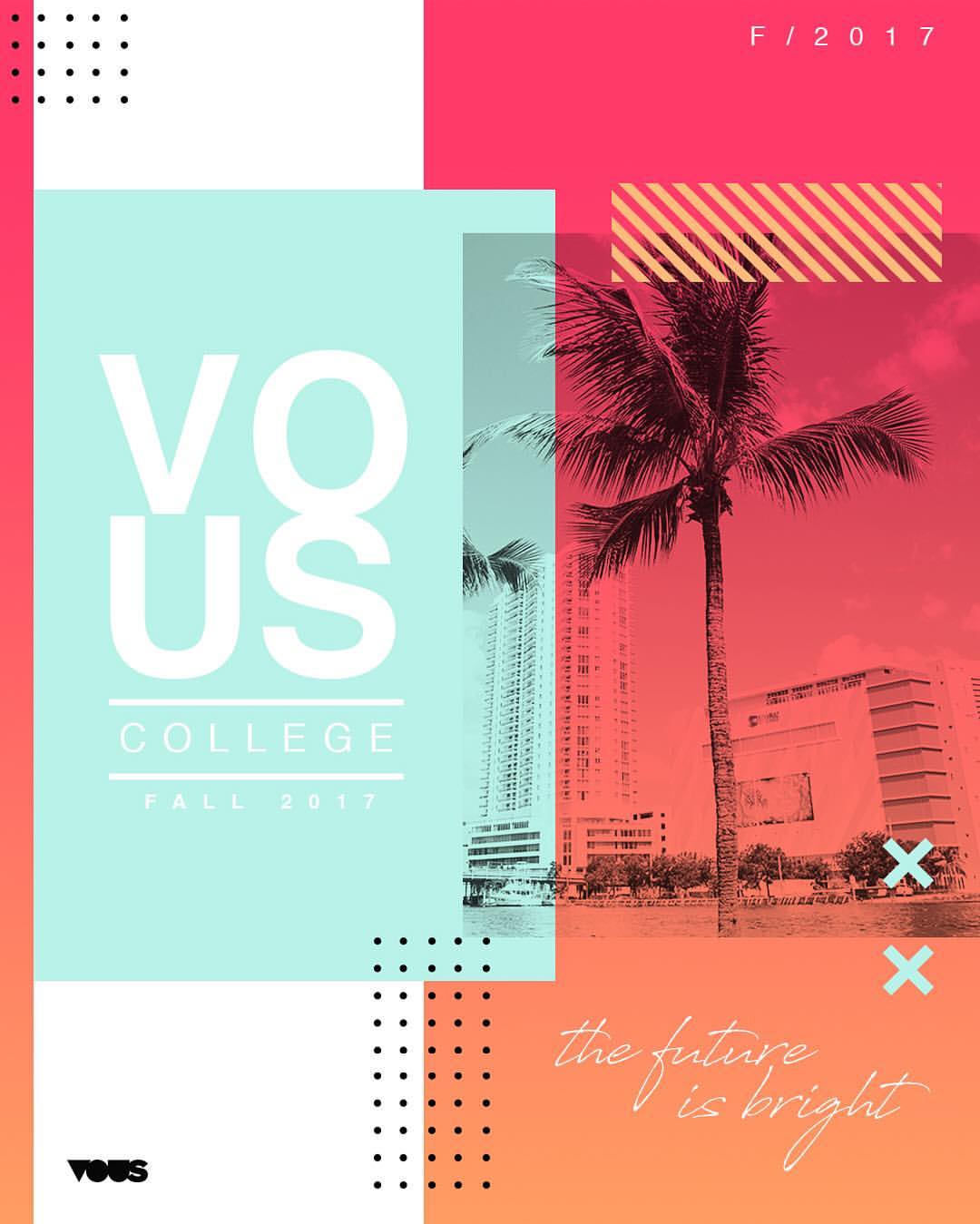 What has been one of the most frustrating parts of creative church ministry for you or your team? How did you overcome it?

What keeps you going in creative ministry?

Serving my heart out. We have this sort of natural human tendency to look at the resources we have (time, energy, money, etc.) and hoard it. We think that we get rollover minutes and that if we just hold on to our time and energy that we’ll have more tomorrow. But the bible takes that concept and flips it on its head. Proverbs 11:25 says “A generous person will prosper; whoever refreshes others will be refreshed.” I’ve found that when I’m serving with my whole heart, giving all that I have and all that I can scrape together, I end up with more than I could have ever imagined. I might wake up tired Monday morning, but my heart is full knowing that people met Jesus. I’m not doing this journey alone, I’ve got people on every side cheering me on. We’re truly all in this together. That’s real energy. 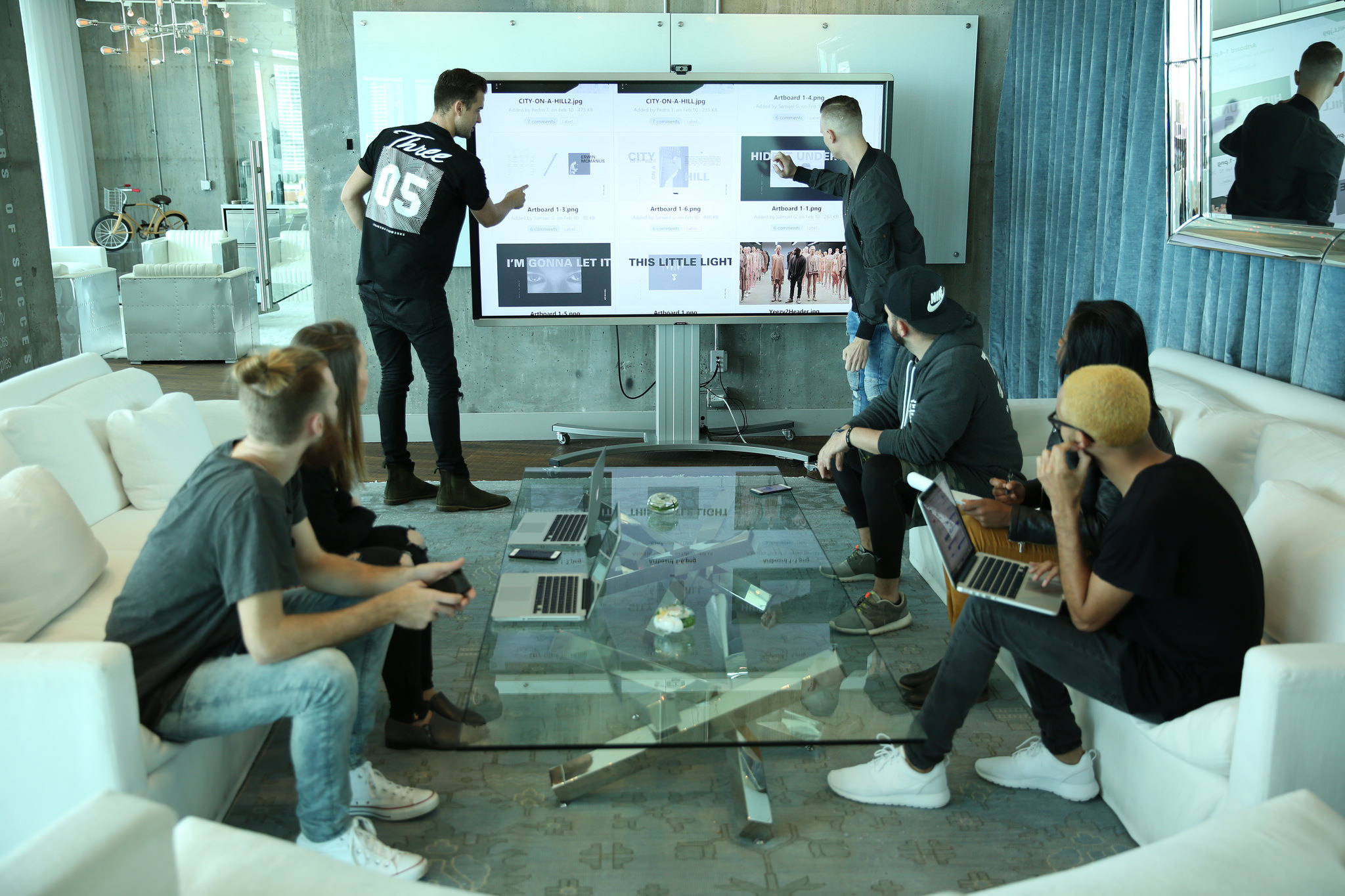 I mean, besides the obvious tools like the Adobe suite I think my notepad in m y phone is my most used tool. I write tons of thoughts about teams and processes, work out marketing ideas, it’s basically like an ongoing internal conversation where I pitch ideas and see what sticks. If I stay on it long enough it works its way out into reality.

Describe your ministry and how your creative team works.

Our team is amazing. The heart is to serve. Nothing supercedes the vision. Our creative teams are overseen by Luke Barry who I can’t say enough good things about and he really is the glue that holds a lot of the structures in place. He can dilute the complicated down to an incredibly simple soundbite that makes you see the goal clearly. I think that’s invaluable in a leader. We have different team leaders that oversee our pillar creative teams: Design, Photo, Film, Digital Content. We collaborate primarily on Basecamp — not everyone can make it in the room at one time. We get assignments, there’s a round of art direction, then an execution. We have fun, I think that’s important. If you’re not having fun you might be doing it for the wrong reasons. 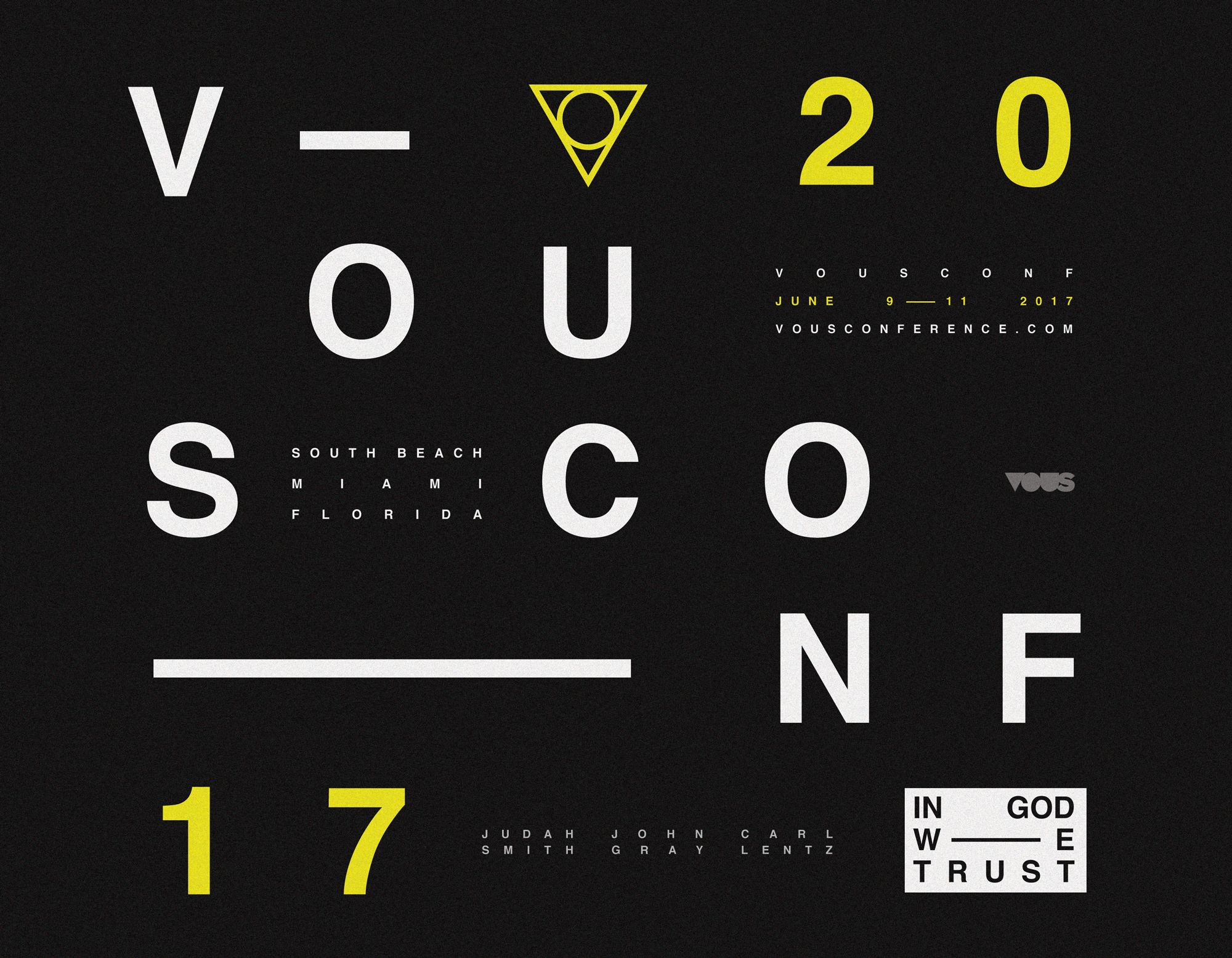 Tell us the behind-the-scenes in creating the design for VOUS Conference 2017:

This project started when we were wrapping up collateral for VOUS CONFERENCE 2016. We wanted to be ahead of the next year’s conference branding and have some promotional content ready to run at the same time. The conceptual framework came from our lead pastor Rich Wilkerson, Jr. who has a brilliant creative mind and can make connections between ideas like no one I’ve ever met. Rich told us he wanted to use IN GOD WE TRUST as the overarching theme and had the idea to use a quote by President Theodore Roosevelt about achievement and conquest and the empowerment of man. We decided to take those two elements and turn them into a system that could be used in all of our collateral material.

When I sat down with the concept initially I just wanted to see how we could make it visually piercing, and personify the grit of the sort of contradicting themes. On one hand you have this strong quote about monumental achievement of mankind, and on the other you have this phrase that’s been enshrined in a culture of our past– it’s engraved on our currency and yet it has almost lost its meaning. So we wanted to revive the power that that statement intrinsically holds, and make the narrative about the strength of God and the ability of man and how we need to reconcile the connection between the two.

Visually, I knew I wanted to work with human projections. We thought it was the perfect metaphor to represent the duality of the concept. We came up with the idea to project video of some of the great milestones in civilization, both positive and negative. We found this amazing abandoned structure that we wanted to shoot in, and did all the prepro work in just a few days so we could knock it out. We were only about 2 weeks out from deadline at this point. I can’t say enough about having the right team around you to accomplish something of this scale.

There are so many details about this project that stand out and were completely divine setups when I look back on it. I sent a track to my good friend Ray Castro who is a gifted producer and told him I wanted something similar in style. He sent me a track in 30 minutes that completely nailed it. When you get chills you know it’s good.

Since we shot photo and video at the same time it made it easy to put all the print collateral together quickly. I think sometimes you just flow with it and the design is easy to come. My wife and I had our baby this week and my apartment flooded so I was finishing up the poster art and promo material all while taking care of a newborn and redoing my floors. It was really surreal thinking back because there’s a lot of excuses you can make but the vision was so strong that it transcended my environment.